Welcome to our shop and gallery! May you find peace and joy today and everyday. Visit us also at Shoshoni Yoga Retreat 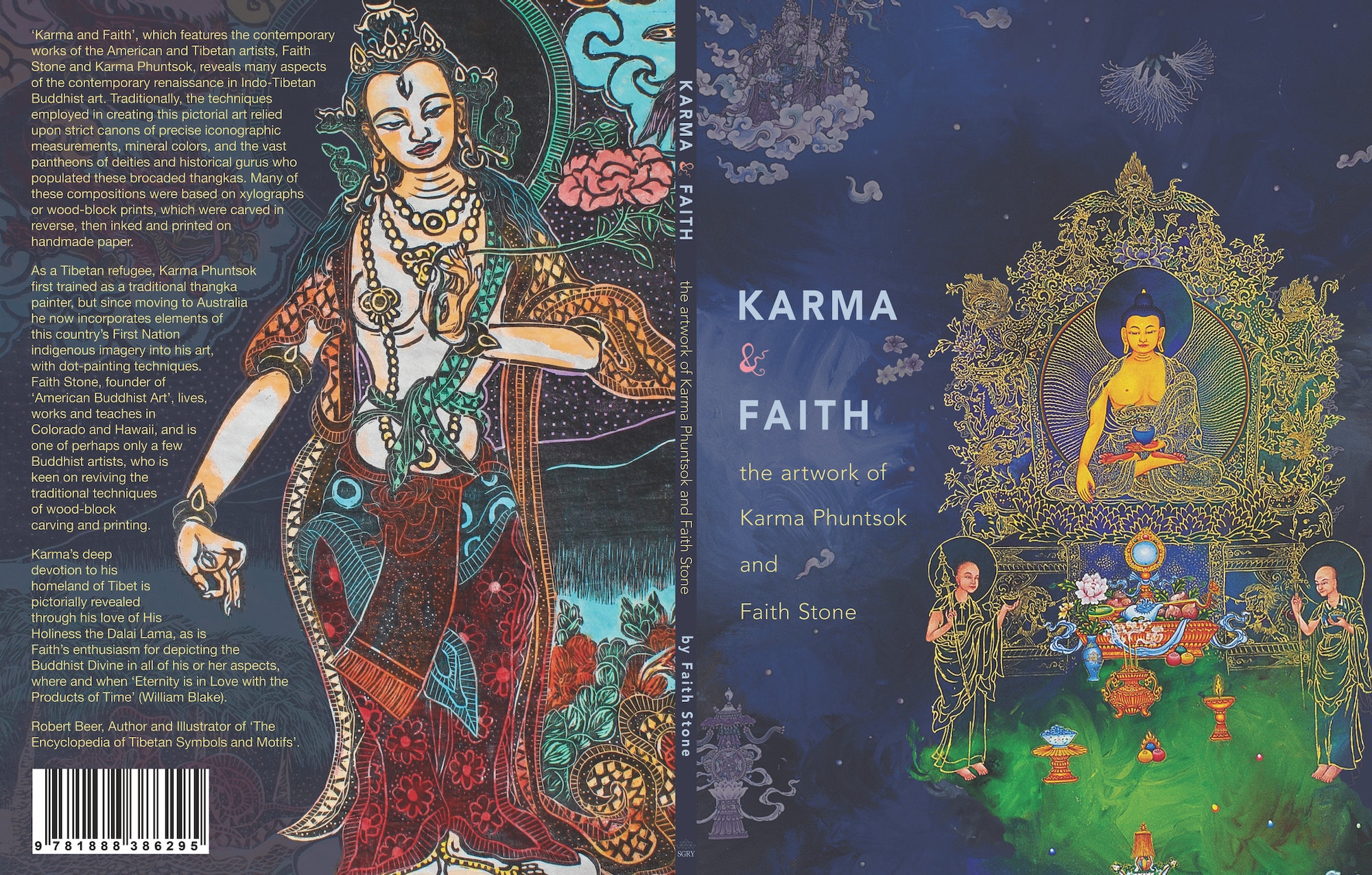 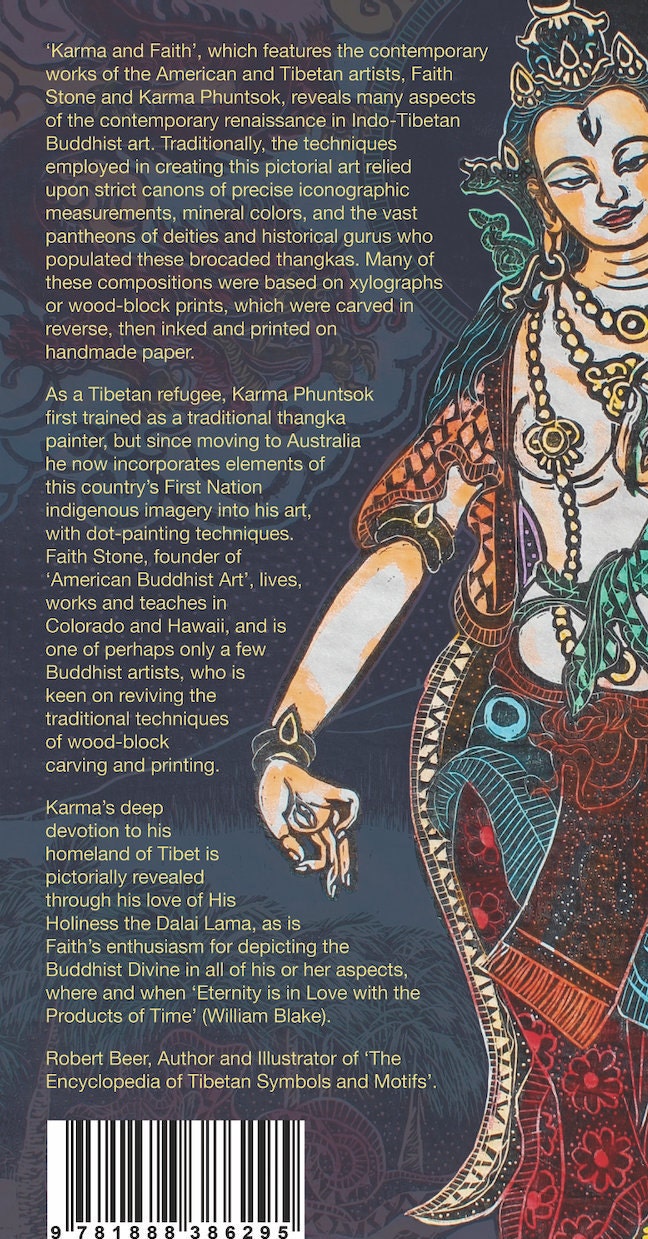 Our names express the idea of this book.

Karma and I studied traditional Tibetan thangka painting, but from very different backgrounds. Karma lived under and eventually fled, the Communist occupation of Tibet and speaks from his experience and culture. I grew up in a zoo, where my father was the director, with my eight brothers and sisters. I was drawn to thangka art at an early age and felt a strong connection upon viewing my first thangka.

Seeing Karma’s contemporary thangkas pregnant with his personal journey inspired me to paint in a way more directly reflective of my life and culture. I was profoundly moved by Karma’s painting Invocation of Buddha. That painting, included in this show, changed my life and artwork. It blew my mind, in merging the freshness, the depth, and the adherence to traditional thigse for the Buddhas while exploding with colors and feeling new to the art form.

I reached out to Karma some years later to thank him and to say what a positive and beneficial impact he had on my work. He was so gracious and friendly. We became friends and have held workshops together to teach contemporary Buddhist painting.

I gladly accept returns and exchanges

Ship items back to me within: 30 days of delivery

But please contact me if you have any problems with your order.

The following items can't be returned or exchanged

Because of the nature of these items, unless they arrive damaged or defective, I can't accept returns for:

0 items in your cart